How do you get rid of yarn you no longer love? Here’s one way, by making a large rug out of yarns held together.

This article appeared originally on gradinacufluturi.ro in December 2018. I’ve updated it and it will now stay on here.

Contents hide
Too much yarn you don’t love?
Picking the best pattern to get rid of yarn in large quantities
Preparing the multistrand yarn
Making the motifs out of huge yarn
Now it’s your turn

Too much yarn you don’t love?

I’ve never felt so excited about finishing something. Today I felt like a kid again, waiting to see what’s going to happen when I lay down my finished project on the floor and take it all in.

The idea came to me one day as I was contemplating what I would do with the huge rug that I had begun a few months before, one that would have used up many of my old/unwanted yarns that I couldn’t and wouldn’t ever use in projects on their own.

I had started this rug to get rid of yarn, to make space for newer yarn in colors I’d actually like to have around, because forcing myself to work with yarns I no longer love makes me lose my crojo.

I had already made one of those rectangular rugs that I planned to use as a yoga mat (because it’s so comfortable and squishy), but in different colors (greens, blues, grays and whites).

This time I chose a combination of pinks, reds, purples and whites and the finished product would have looked a bit too pink for my liking, so I had to frog it.

There was no other way. I can’t have something pink in my house. Especially since I found these amazing crocheted rugs in one of the many Facebook groups I’m part of and I knew I needed a circular, doily-shaped rug. Or something like that.

I tried my hand at one of the amazing doily designs and gave up after a while because it was taking forever and my hands hurt.

I don’t understand how someone can crochet those designs with cord, I can barely do it with a small hook and cotton yarn. I don’t have a photo of my fail, but maybe I should finish it, just for the fun of it (yeah, right).

If you want to try, here’s a nice video tutorial for one of those rugs.

As I was imagining how I would use that multi-strand yarn in such a design, I remembered that there are so many other designs out there, so I shouldn’t just be stuck in what others make and bring my own experience to the table.

I remembered how much I loved the “Blizzard warning!” square design when I discovered it two years ago.

I also remembered how lazy I was while making it, that I didn’t finish more than three squares, so I’m still carrying them around with me in the hopes that one day I’d finish the fourth and actually make a pillowcase with the four.

Luckily, this pattern started as hexagon with fewer rows, which means it’s much easier to make and learn.

I planned seven hexagons, but first I’d need to separate the colored yarns from the whites and prepare the new yarn, to know what to expect and to make sure I can crochet with the two colors at a time.

That took around an evening, given that I had two strands of white with all the colored yarn and I wanted to take them out at the same time.

That was one big mess, but once it was done, I couldn’t stop, I added two more strands and started making the big colored ball.

When one yarn would run out, I’d add in another similar yarn, to keep the total at eight strands. I made so many mistakes during this time, that I don’t know how I was able to finish.

After the colored one, I made one in white and gray yarns that I also wanted to get rid of. Some were acrylics that I can’t really use, some were wool yarns extracted from big sweaters that I’d unraveled a long time ago, some were a roving-type of wool that I had ordered online and couldn’t use for anything (trust me, I had tried many times to use it up, it never looked or felt good).

I ended up with two huge balls, weighing a bit over 2 kg each (that’s around 4.4 pounds). The fun was only beginning.

Making the motifs out of huge yarn

I used a 10 mm hook for the whole project.

As I don’t like to cut yarns if I don’t really have to (that’s why I’m not a fan of the granny square) and because this yarn would be a nightmare to weave in to begin with, I managed to make each hexagon by carrying the yarn on the back.

When I had to switch to another color, I made several chains in the original color and left them to the back of the work.

After finishing with the new color, I could pick this one up and pretend I’d attached a new yarn. The bulkiness doesn’t trouble me, since the whole thing is really thick.

It didn’t take me so long to make a few of these, but the next day my right hand hurt so much that I needed to take a break. I had been a bit too excited.

I kept making one hexagon at a time, hoping there would be enough yarn for seven pieces, but I was lucky enough that there was some yarn left over even for a border.

After connecting all the hexagons together with a chain (I left some extra white yarn on each hexagon for connecting some of the sides), I made a simple single crochet border in white.

There was quite a bit of purple yarn left, so I may make one of those cute baskets, hopefully this time it will keep its shape.

I still need to weave in the ends on the back, but I’ll leave that for later (L.E. I did eventually get it done). I’m happy to use this for the time being just as it is.

It’s excellent for foot massage, as the various parts of the design make it thicker in places. It’s perfect for my craft room and now there’s even some space for the other yarns I’ve been buying.

It’s even great as a photo backdrop. This little lantern was a DIY gift from a friend who knows how much I like to make things. It’s perfect for the tree and one little tree light inside turns it into a magical lantern.

I hope you’re inspired to make your own scrap yarn rug. Pick a granny square of your choice and have a go. I have a hunch this will be the next big thing on Pinterest. It’s just a hunch, though 😉

If you try this, let me know in the comments, I’d love to see other rugs.

If you want to make a doily with cord, there are quite a few retailers out there selling cord on cones and you can easily buy it, but I really liked that I could use up my old yarns to make space for something new.

I also have some granny square patterns on the blog that may or may not work out as rugs. You can make thinner composite yarns in several colors and try them out with other large hooks. 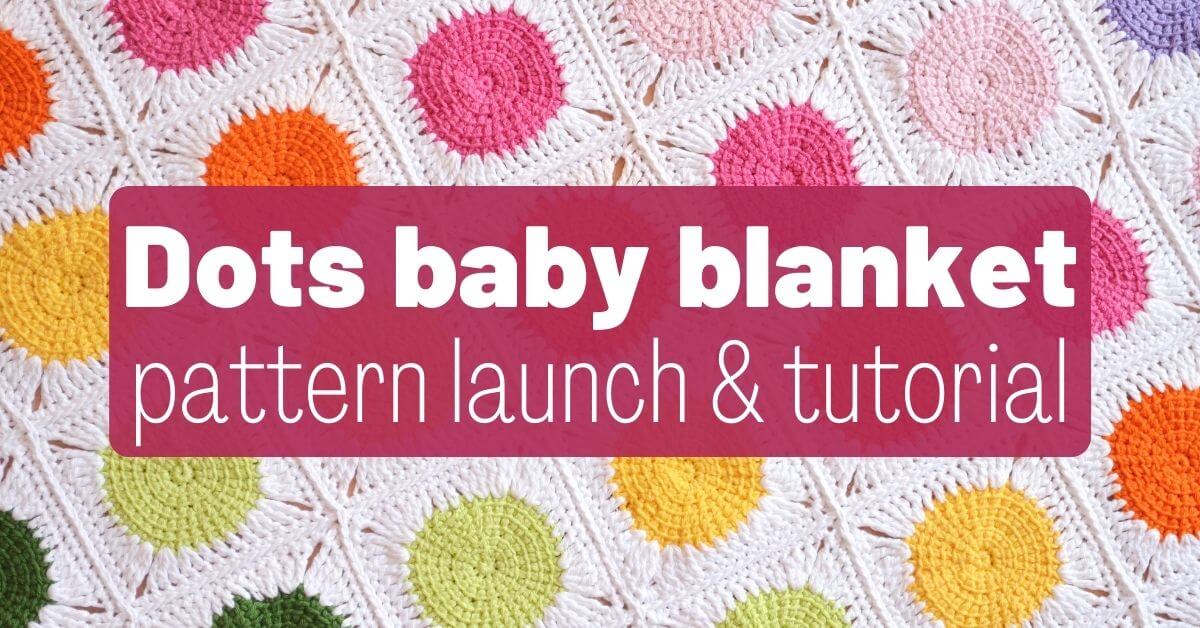 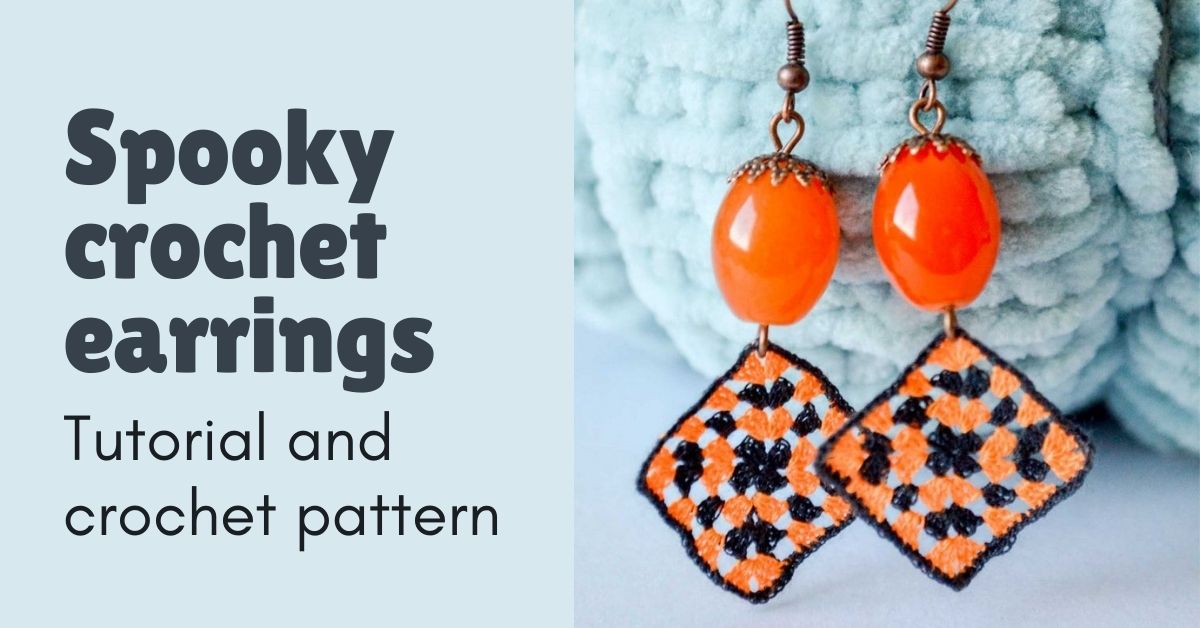 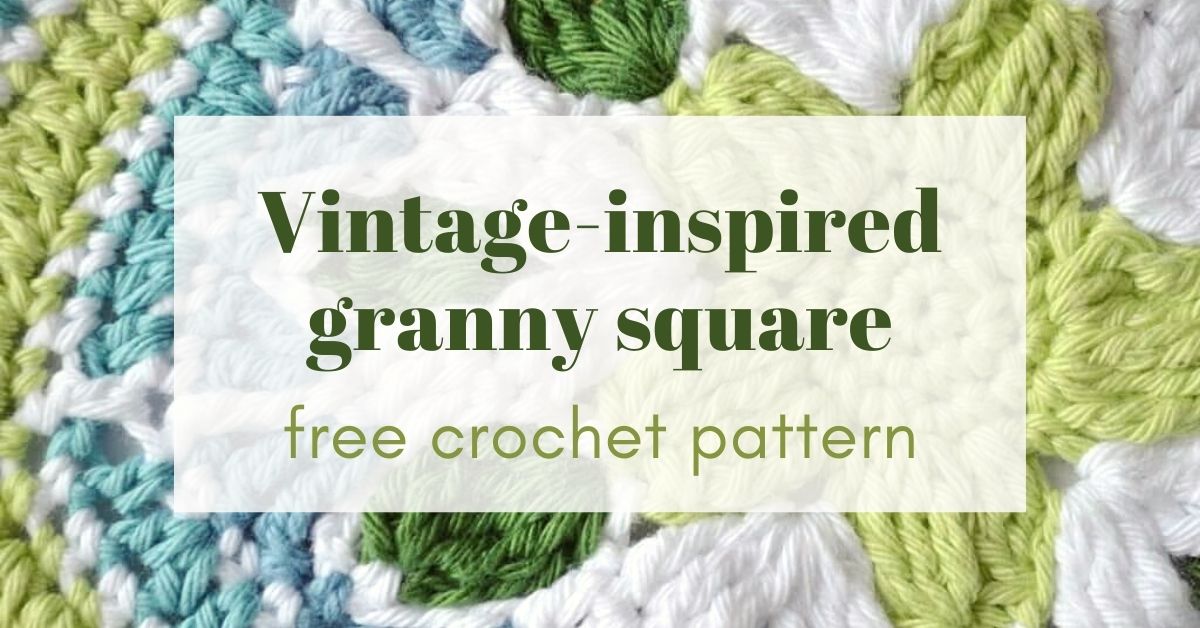 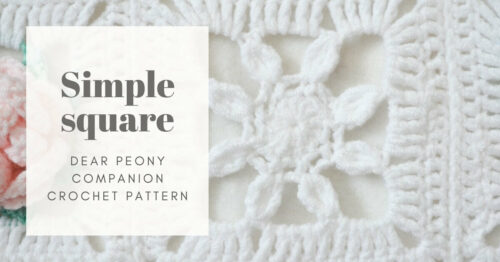 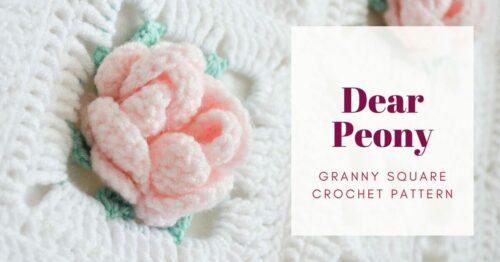 Autistic and ADHD, passionate about yarn, fibers, dyes and chemistry, with an analytical mind and always ready to get to the bottom of every problem.

This website uses cookies to improve your experience while you navigate through the website. Out of these, the cookies that are categorized as necessary are stored on your browser as they are essential for the working of basic functionalities of the website. We also use third-party cookies that help us analyze and understand how you use this website. These cookies will be stored in your browser only with your consent. You also have the option to opt-out of these cookies. But opting out of some of these cookies may affect your browsing experience.
Necessary Always Enabled
Necessary cookies are absolutely essential for the website to function properly. This category only includes cookies that ensures basic functionalities and security features of the website. These cookies do not store any personal information.
Non-necessary
Any cookies that may not be particularly necessary for the website to function and is used specifically to collect user personal data via analytics, ads, other embedded contents are termed as non-necessary cookies. It is mandatory to procure user consent prior to running these cookies on your website.
SAVE & ACCEPT